~Battle Of The Divided Academy II~ 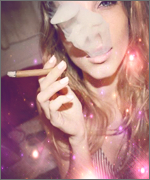 Yo here, we go again! For those of ya'll that don't know what this is, let me break it down...

There will be 24 people participating in this battle . When the sign ups finish, I will choose two responsible members, who will be the captains.
Then they will pick, who they want on their team til both teams are with 9 players main team and 3 subs. They will publish them in this topic and after that the war begin. Hope you undestand the whole idea of the tourny and have fun


Ps. The Captains are free to give names of their team.
PSS. War format will be pick after line ups are formed
==== Credits to Staxx ====

And yeah here's the rules:
1. You must be ranked to sign up for this tournament.
2. I can refuse anyone, who i think is not active enough.
3. If you suspect your opponent is cheating then PM me with the problem in details.
4. The war will be FE Format,Match best 2/3. Deck Change is Forbidden,Side Deck is allowed.
5. Ban List: No FTK, OTK, Burn, Stall, Exodia.
6. The guy who lost in the previous duel, chooses who will start in the next duel of that match. (Duh)
7. Each team will have their own Hamachi Network, where they will talk over the war.
8. Everybody, who break the rules will be disqualified.
9. Members that spam this topic will be DQed and Reported.
10. If able, each team must have at least one member from each dorm and group. (Staff and Crush Team included)

Age : 24
Location : here o.o
PX format? Just to make this faster AND no need to decide who is going first, second and so on.
For the subs I will go with:
-PedroBR
-Miro
-Neji

I chose those cuz I think they ain't that active.

P.S neji is active but sucks, so he better be a sub =D

Age : 32
Location : Stompin a mud hole in someones ass, behind McDonald's.
Ok then I will be the judge for this.

Age : 27
Location : Sunny So Cal
i agree with DD. PX format would make this go faster and easier.

Age : 32
Location : Stompin a mud hole in someones ass, behind McDonald's.
Are the duelists even in thenet yet. Cuz that's real reason were waiting so long

Age : 26
Location : Under your bed
this thing will fail coz inactive people joined..

EDIT: u shoulda made a rule not to allow inactives :/

Age : 27
Location : Egypt/Alex
Just announce that we can start dueling and people will join the net , at least active ones will . 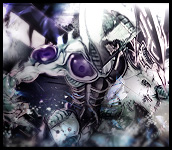 Age : 24
Location : Egypt
ill go with both firestorm and shadow

firestorm wrote:Just announce that we can start dueling and people will join the net , at least active ones will .

If y'all looked at the topic and saw that the subs and Ham network was made why in the hell wouldn't y'all join the net. Do I need to baby y'all the whole way? We've all been in wars this is nothing new, stop acting like this is the first time.

If ur not a Capt. Or your not posting dueling complaints or results, Don't post here. Plz&thx 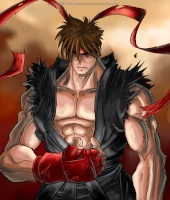 Shadow wrote:1-0 vs doodlez but then he had to go and gave me the win

doodles is on your team 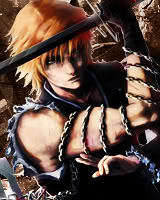 Age : 27
Location : Sunny So Cal
LMAO. i was liek wtf i didnt know i had a doodles on my team.

Re: ~Battle Of The Divided Academy II~