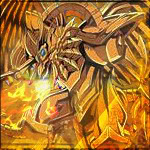 Here we go...the tournament is already started so get ready to duel

Hamachi is:
BCST 3
no pw

Lets get to the rules

1- No limit to the number of members who can join the event, however there might be people who will not be accepted.
2- The organizer of the event will make a hamachi network for people to join.
3- Everyone will have some amount of stars (it is currently under discussion how many, and will depend on how many duelists are in the event).
4- Ensure you have the amount of stars listed in your Hamachi name at all times.
5- You can duel the same person how many times he accept of course.
6- You must duel at least three times every two days, failure to do so results in disqualification. *If there is a problem (such as a death in the family, vacation, etc.) please inform Dark_Armed_Dragon / kiryu111 \ The_Dutch_Prince of the problem.
7- The duels are single duels.
8- You can use one banned card in your main deck. When you win against your opponent you will get his/her banned card so he/she wont use it again! Then you are allowed to use his/her banned card but you can't use 2 banned cards in one deck. Just place it in your side deck.
9- Who ever break the rules it will cost him halve his/her stars!
10- No Burn, Stall, FTK , OTK , LS , BW , GB , Sky Scourge Norleras( You are allowed to use 1 BW and 3 LS ) and no NORLEAS!!!
11- KCVDS 1.19 will be used along with Sep 1 banlist.
12- Deck changing is ALLOWED!.
13- You can wager maximum halve your stars
14- You will post something like this

you must have 25 stars to enter the finals GL

now any built of Sky Scourge Norleras are banned!!!

Pease post here if you're current stars and ban card(s) are wrong !! 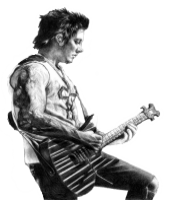 any duels posted now wont be held in account for DQ'ing people from this event.

will advance to the fianl rounds the rest of the people that werent already in the fianl rounds are DQ'ed. I have to say im highly dissapointed in you all although some tried but it was too late to start trying imo but owell enough of this.


Have fun and good luck to all of you. 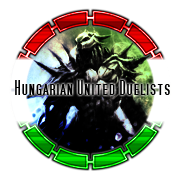 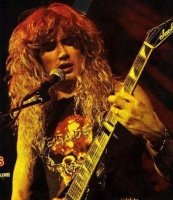 it where nice games bro

Guest
I confirm
And I think this tourney really should of banned
more deck types since all i faced was this deck type.


I editted: TDP since you where naming my deck type and i dont want that

Age : 28
Location : Netherlands
Come on lets finish this!!
if the hamachi network is full then join this one: BCST#3c pass: 123 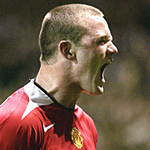 Age : 26
Location : Bulgaria
Ok,sorry for double post,but im VERY mad.PLEASE ANY ADMIN TO WARN RAFAEL,he is inactive and i dont wanna to DQ me for him...I try every day to connect with him,but he always not respond...-____-

Age : 31
Location : serbia-belgrade
lol this is not true,i mean part of my inactivity,i was last 2 days on line 2-3 hours....yea he did sent pms,but i couldnt answer on them,as i alredy told in ra leader tournament,i have personal issues so i couldnt end this before !!! twdor pm'ed me also about mufc's crying coz im inactive and i will try 2 end that asap......

Cairnsie-Kiaad-655 wrote:yo guys. am i able to join now or is it too late?

It Is Way Too Late For You Too Join

Age : 30
Location : Dutch Kingdom
Kiryu and Scoog pls get your match done so we can continue this although the deadline is 20 December we would all very much appriciate it if it was finished earlier than the deadline.

PS: Scooh now is time to take your revenge on kiryu i guess so take it to the limits of your skill and heart of the cards ... lmao

Age : 30
Location : Latvia
Well, scooh did take his revenge on me -_- i lost embarrassing 2-0. His deck surprised me -_-, but on the other hand i won him in another tourney today -_- but still bcst would be better to win

lets see who is the true kog!!